Get Smart: An Infection More Worrying Than COVID 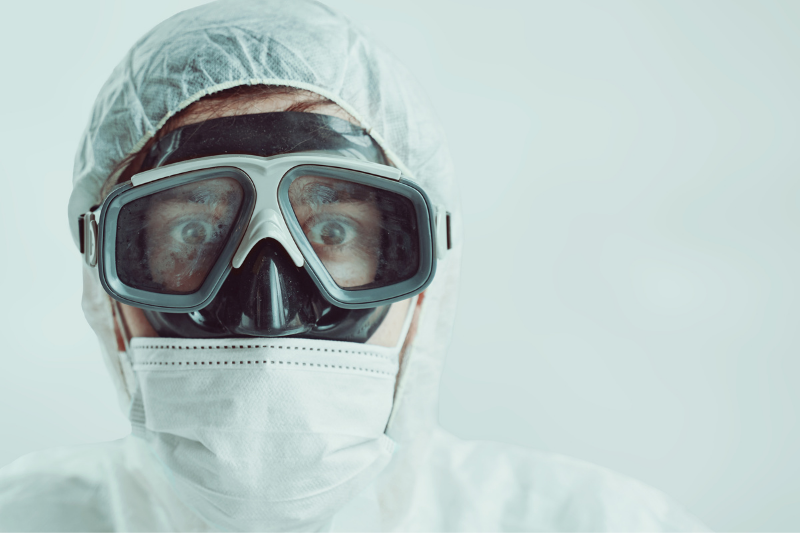 14 Jul Get Smart: An Infection More Worrying Than COVID

Posted at 08:22h in Uncategorized by David Kuo 0 Comments
0 Likes

There is something going around the globe that is spooking the markets.

Here are some clues. See if you can guess what it is.

It is invisible to the eye, but we know it is out there. We get reports about its impact regularly from numerous countries around the globe. Sometimes, the numbers are worryingly bad. So, we think we have lost control of it. Markets fall.

Do you know what it is yet?

Sometimes, the numbers are tolerable. When that happens, we think that we have come to grips with it. But then another cluster of numbers proves how wrong we were. Markets freak out.

Some people don’t really think that it is really much of a problem. They reckon that we are fretting needlessly. Others reckon that if it becomes embedded, then we may never get rid of it.

Are you getting any closer to guessing what it is?

Some people say that they are adequately protected against it with conventional remedies. Consequently, they aren’t too bothered if it should rip through the world, which it might.

Others say they prefer more exotic ways to keep it at bay. But markets still get pummelled.

Okay. How many people think that the threat is COVID-19, or some perhaps some new variants of the deadly pathogen?

We now have a pretty good idea about how to handle the virus that has swept the world.

We have also come to accept that we may have to live with COVID-19 in our midst for some time to come. It could flare up every now and again. But if we are properly vaccinated then there is a good chance that we should be able to fight it off.

So, if it’s not the deadly virus, then what is the invisible threat that is worrying the market?

But the rates that we are seeing now are excessive when compared to abnormally-low central bank interest rates. The rate of inflation in many countries is much higher than their central banks’ cost of borrowing.

The Fed fund rate is just 0.25% – 16 times lower than the inflation rate. The European Central Bank has kept interest rates unchanged at 0% since 2016. The Bank of Canada’s overnight interest rate is 0.25%, whilst the Singapore Overnight Rate Average is also at 0.25%.

Central banks believe that inflationary pressures are only transitory. They reckon that it has been caused by bottlenecks in supply chains as economies rush to reopen following months of lockdowns.

They also think that it has been caused by the unleashing of pent-up demand. So, as households rush to return to normalcy, they are putting undue strain on suppliers of goods and services.

That all seems plausible enough.

The counter argument is that there has been too much stimulus provided by governments and central banks. Together, they have handed out too much free money to support embattled households and businesses.

Meanwhile, mischief makers reckon that some governments don’t really mind inflation, given the borrowings that many have been forced to take on.

Consider the US where the amount of debt compared to its annual economic output has now exceeded 100%. How on earth is America ever going to repay $21 trillion of loans.

The answer is it can’t, and it probably won’t even try to. But this is where inflation can help. It is almost as good as, if not better than, imposing fresh taxes.

With the help of inflation at 4%, its $21 trillion loan will only feel like $10 trillion after 18 years. That is where inflation can be useful. But the damaging side of inflation is that it can erode the buying power of our savings.

There is really no easy way to say it. We are on our own when it comes to protecting the buying power of our savings.

Governments around the world have done all they can from stopping their economies from collapsing. They now need to prevent their hard work from being undone by letting interest rates rise.

So, we need to invest our money in inflation-beating assets and keep it there for the long term. We need to look for companies that have pricing power. These are businesses that can raise prices if they need to.

Many have done so already because they know that it is the only way for them to survive. They aren’t waiting for central banks to come to their rescue.

We shouldn’t wait for central banks to act, either. Inflation might not be readily visible, but we can feel it every time we buy something….

What do real estate, Malaysia, Asia’s retail and healthcare have in common? They are a rich source of dividends! And in 2022, these 4 sectors look to be full of companies with healthy cash flows and dividends. If you want to own some of these stocks yourself, then grab a copy of our latest special report. Click here to download it for FREE.