How to Recession-Proof Your Investments 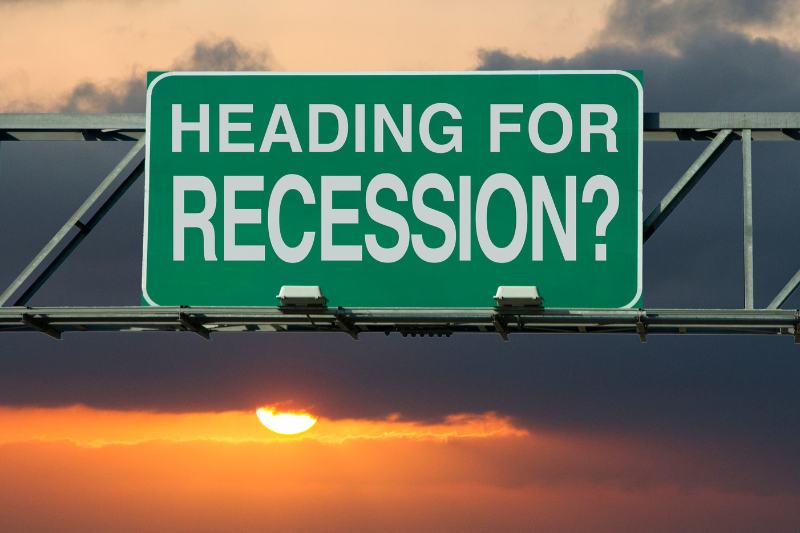 10 May How to Recession-Proof Your Investments

Posted at 14:00h in Uncategorized by David Kuo 0 Comments
0 Likes

There is an awful lot of chatter about recession at the moment. Experts are poring over short-term and long-term bond yields in search of signs that an economic downturn could be around the corner.

Generally, we would expect long-term bond yields to be higher than the yield on short-dated notes. If they aren’t, then it could mean that economic growth could not only slow, but it might even go into reverse. That is why some people closely monitor yield-curve inversions.

So, here’s the thing: recessions are nothing out of the ordinary. They generally happen after long periods of economic growth. It is the economy’s way of telling us that it is time to take a breather and digest the growth that we have achieved. In the same way that tides ebb and flow, economies can shrink and grow, too. But in the main, well-managed economies should grow over the long term.

Just look at what has happened in Singapore. Since the 1960s, the size of our economy has grown from US$700 million to US$340 billion, despite some shrinkages along the way. That is not to say that recessions aren’t painful. Some businesses could be forced to downsize as demand for their goods and services are reduced. Some weaker companies could even be forced to shut their doors completely.

The upshot is that recessions can be a trying time for investors. But it is possible to recession-proof our portfolios to some extent with the right types of investments. These are often labelled as defensive shares because these companies should be able to deliver stable profits regardless of where we might be in the economic cycle.

So, which companies can endure economic downturns? Utility companies such as Sembcorp Industries (SGX: U96), Singtel (SGX: Z74) and StarHub (SGX: CC3) are some examples of defensive shares. We all need to use water, gas, electricity, and our mobile devices, regardless of economic conditions. Across the causeway, Tenaga Nasional (KLSE: 5347) has been a stock market darling because of its consistent dividend payout.

Supermarkets are generally seen as a defensive because we all have to eat. That said, sometimes there could be company-specific issues, as in the case of Dairy Farm International (SGX: D01), that could put a dent in profits and revenues. However, grocers are typically resilient in economic downturns.

Consider Sheng Siong (SGX: OV8) that has seen revenue jump from S$637 million in 2012 to S$1.37 billion in 2021. That is in spite of (or maybe it is because of) the pandemic. It is also worth noting that Sheng Siong has lifted its dividend by 70 per cent from 3 Singapore cents to 6 cents over the last nine years. This is not unusual because defensive shares can often be highly cash generative.

What the doctor ordered

The healthcare industry is another interesting defensive sector. We don’t have many world-class pharmaceutical companies listed on the Singapore stock market. But we do have healthcare REITs. Thing about healthcare is that we don’t exactly have much choice when it comes to seeing a doctor.

Parkway Life REIT (SGX: C2PU) could be a good proxy for healthcare. The hospital landlord counts Gleneagles, Mount Elizabeth, and Parkway East as three of its tenants in Singapore. It has also expanded its portfolio to include nursing homes in Japan. Over the last 10 years, it has delivered a total return of 166 per cent, which equates to an annualised return that includes reinvested dividends of around 10 per cent.

Time for a drink

The alcohol industry is often seen as defensive. We might not go down to the hawker centre as often for a beer when the economy is bad, but that doesn’t mean we won’t have a quiet drink at home. Thai Beverage (SGX: Y92), which makes beer and spirits, is one of Singapore’s biggest drinks makers. It is a cash-generating machine whose dividends are more than twice covered by free cash flow.

Brewing may not be the most exciting of industries but then again nor are utilities, supermarkets, and healthcare. That said, these companies can be the workhorse of any portfolio. They are steady, cash generative and should not give investors too many sleepless nights in any economic condition.

They could help to protect our portfolios from recession by generating oodles of cash that we can reinvest, which is important if we want to improve our total returns.