It’s Time to Fight Back Against Inflation 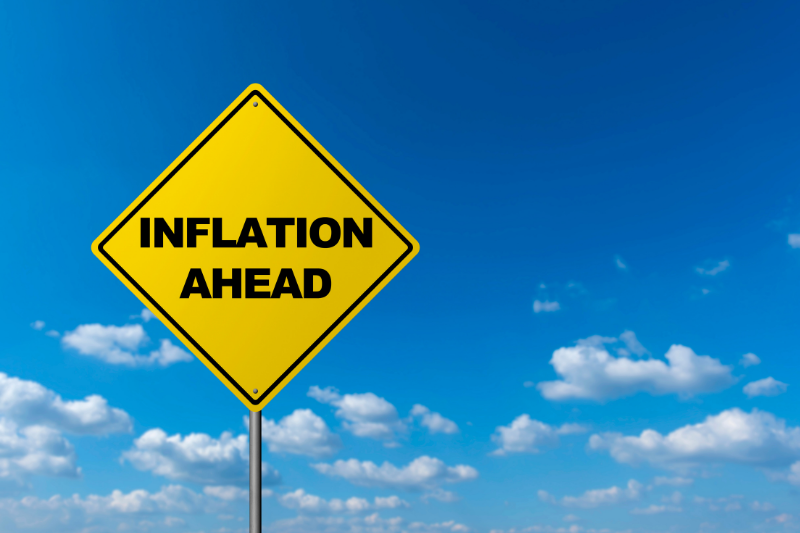 29 Jul It’s Time to Fight Back Against Inflation

Posted at 09:00h in Uncategorized by David Kuo 0 Comments
0 Likes

Politicians don’t like it. Central bankers have been in denial over it and consumers are now fretting about it. In the blink of an eye, inflation has gone from the elephant in the room to the out-of-control beast that is rampaging through global economies.

It is a clear and present danger that can affect our wealth for years to come. We can’t just dismiss inflation as a passing phenomenon. In the US and the Eurozone, it is running at 8.6 per cent, whilst in the UK is an eye-watering 9.1 per cent.

Asia has not been spared. India’s inflation rate is 7 per cent; in Thailand it is 7.1 per cent, and Singapore is experiencing a decade-high inflation rate of 5.6 per cent. Even those countries that have so far been able to avoid rising prices could find that inflation will gradually seep into their shopping baskets. Just look at China. Its inflation rate has climbed to a 23-month high.

But how on earth was it ever allowed to get so bad? It wouldn’t be so terrible if wages were to rise in line with inflation. But many workers are not getting those inflation-beating pay increases.

Consequently, we are now more acutely aware about just how expensive our weekly trip to the supermarket has become. Our ride in a taxi is now more costly and a meal in our local eatery has become noticeably pricier. The truth is, though, inflation has always been there.

At a superficial level, our dollar still looks the same as it did 30 years ago, apart from a shift from notes to coins. However, the same cannot be said of its purchasing power. In the 1990s, we could have filled up our car for less than S$30. Today, it would cost more than S$100.

Inflation has eroded the purchasing power of a dollar over the last three decades to just 61 cents today. Such would be the damaging effect of inflation if we had simply left our money under the mattress for safekeeping.

The impact of inflation over a protracted 30-year period is easy for us to visualise. But inflation is continually whittling away at the purchasing power of our money. Bit by bit, the dollar in our pockets buys less every day.

At an annual rate of inflation of 5 per cent, which might seem trivial, a basket of goods that cost S$100 a year ago would cost S$105 today. Put another away, if we stick rigidly to just spending S$100 a week and not a cent more, then we would have to accept that our basket will contain 5 per cent fewer items.

Some of the destructive effects of inflation over the last few decades years could have been eased by saving money in interest-paying bank accounts. But even that would not have been enough to keep up with rising prices. Stock market investors would have fared much better, though. The same S$100 invested in shares would have turned into S$1,006 in nominal terms over 30 years.

That’s because businesses must raise prices in line with inflation to survive. It would be pointless for, say, an electricity company to hold down energy prices in the face of rising raw material costs because it would not stay in business for long if it did so.

Similarly, bakers must respond to higher wheat prices; tyre makers must react to the rising cost of rubber; and clothing manufacturers have to pass on higher cotton prices to consumers.

There was a time when S$10 was a lot of money. Truth is, three decades ago it was. The same cannot be said of the equivalent red note today because inflation has eroded its value over time.

Consequently, none of us should idly and allow inflation to chip away at our life savings. All of us can fight back against rising prices by ensuring that our long-term savings are properly invested in inflation-beating assets.

The returns from those investments might fluctuate from one year to the next. But invested properly over the next 30 years, the compound return on your investment should make S$10 feel more like $S57 if invested in shares, rather than S$5 if left sitting in a bank account.