Have Dividends had Their Day? 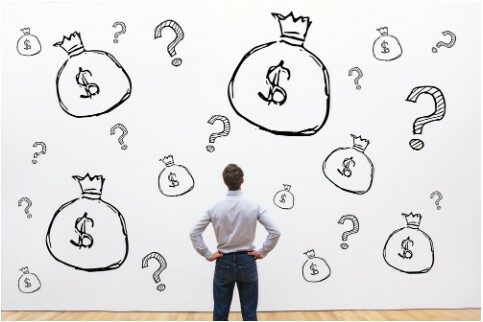 29 Sep Have Dividends had Their Day?

Lately, there has been a lot written about dividends – or more precisely, the possible lack of dividends paid by companies. Questions are now being asked if income investing could still be worth pursuing.

Unquestionably, COVID-19 has a lot to answer for. The deadly pathogen has disrupted both business operations and social interactions that are vital for cash to circulate the global economy. If we are not allowed to go to the shops or even stop off for a cup of coffee when doing so, then retailers and coffee shop owners could lose out. The suppliers to those businesses could also suffer, and so too could importers and wholesalers.

The cascading effect can tie supply chains into knots. Eventually, it could boomerang onto consumers, who could end themselves without a job because they just happen to work for one of those companies along the supply line. That is because, without a steady flow of cash, many companies could find it hard, if not impossible, to generate enough products to sustain their operations, let alone pay dividends to their shareholders. Everyone loses out. Never has “Economics 101” been more relevant.

In response to the devastating impact of Covid-19, some regulators have urged businesses, especially banks, to stop paying dividends. They reckon that these financial institutions should be more prudent with their cash. In other words, they should retain more of their profits, if not all of it, in case the money is needed to help relieve financial pressures on customers and to absorb bad debts that could arise from deteriorating economic conditions.

Too close for comfort

Two banks that are close to home in Singapore – HSBC (LON: HSBA) and Standard Chartered PLC (LON: STAN) – have already withdrawn their payouts. Another bank, India’s HDFC Bank (NYSE: HDB), has also called time on its dividends. Singapore banks can still pay dividends, though. But they will not be buying back their shares with the same enthusiasm as before.

Another favourite of private investors – real estate investment trusts (Reits) – have been forced to rethink their distributions. SPH REIT (SGX: SK6U) was the first to cut its payout. Others that have taken a knife to their distributions include Mapletree Commercial Trust (SGX: N2IU) and Frasers Centrepoint Trust (SGX: J69U). But not all of them have done so. Keppel REIT (SGX: K71U) has maintained its payout, while Parkway Life REIT (SGX: C2PU) has even found room to pay a bit more.

The question as to whether dividends should be put on hold considering the pandemic can be a minefield for listed companies. On the one hand, companies will want to be seen to be doing the right thing in the eyes of the public. They do not want to be accused of enriching wealthy investors when many in the wider population are suffering from wage reductions, furloughs and redundancies.

But who is to say that the people whom these companies are supposed to impress are not the same people that have invested in their businesses too? Not everyone who buys shares is fabulously rich. In fact, the people who have seen their incomes cut because of deteriorating economic activity could be the same people who are losing potential income from their investments. It is a terrible double whammy.

Meanwhile, pension companies that rely on growing dividends to meet their long-term annuity commitments to policyholders might have to find other sources of revenue. These institutions are typically very long-term investors who do not normally sell investments to meet short-term needs. So, a cut in dividends could have unintended consequences for them and the wider market too.

The key to dividends

The upshot is that income investors should now ask themselves whether dividends are still worth pursuing. Could the game be over for those of us who seek a stream of reliable income as an alternative to fixed-interest investments, such as bonds that pay very little, and certificates of deposits and savings account that pay a pittance?

The answer boils down to time horizons. Do we believe that when we get to the other side of the pandemic that the economic landscape will be materially different to before? For a time, it will certainly seem that way, as businesses try to rebuild not only their commercial activities but also their balance sheets. That could take months, or in some cases, years to achieve.

But the job of the income investor is to always look for companies that can generate free cash flow. It represents money left in the till after all expenses have been accounted for. A substantial dividend cover should give a company plenty of room to increase its dividend steadily even when times are tough. Those are the ones that we need to identify. But so too will other income investors.

Look out for a very special invitation to join me on my journey to build a strong, resilient portfolio of dividend paying stocks in just a few days!