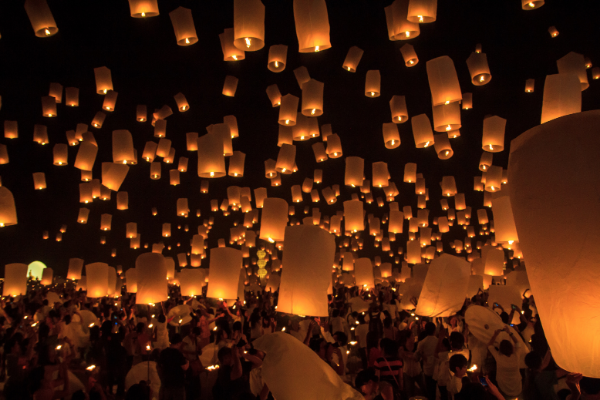 When the late Steve Jobs revealed the iPhone to the world in 2007, Apple (NASDAQ: AAPL) wasn’t paying a dividend.

The iPhone maker was growing fast but lacked the diversity in revenue sources to reliably pay out a part of its earnings.

Back then, the bulk of Apple’s revenue was tied to just two product lines, the MacBook and the iPod.

Five years would pass before the company finally paid out a dividend.

By fiscal 2012, Apple had grown to become a behemoth, drawing in US$157 billion in revenue.

More importantly, the company had become less dependent on any product, service or country.

With US$157 billion in topline sales, you might think that the best days for Apple were over.

But the company, named after a fruit, confounded critics by growing larger, adding more than US$100 billion in revenue to surpass US$260 billion seven years later, in fiscal 2019.

A key segment, the Asian consumer, would become a major contributor to that growth.

In fiscal 2012, the Asia-Pacific region accounted for around US$44 billion in Apple’s revenue.

By fiscal 2019, Asia-Pacific’s contribution ballooned to almost US$83 billion.

And Apple is not the only company riding the boom in Asian consumers.

The rising tide of the Asian middle class

Today, the middle-class population in Asia is around two billion.

By 2030, Statista and the World Economic Forum estimates that the figure could rise to 3.5 billion.

With the addition of another 1.5 billion members with higher income, there will be more demand for services and consumer goods as this group becomes wealthier and aspires towards a better life.

There will be more mouths to feed and more bodies to clothe.

And plenty of business to go around for companies to fulfil in the coming decade.

As such, Apple will not be the only beneficiary.

Iconic sports brand Nike (NYSE: NKE) has seen its Greater China sales almost quadruple from US$1.74 billion in fiscal 2010 to a whopping US$6.7 billion in fiscal 2020. During this period, the company grew its dividend per share from around US$0.30 to almost US$1.00.

Nestle (Malaysia) Berhad (KLSE: 4707), another familiar household name listed across the causeway, has an even longer history of paying out satisfying dividends.

In 1996, the snack manufacturer paid out RM 0.72. In 2019, the dividend payout has nearly quadrupled to RM 2.80, no doubt benefitting from higher revenue and profits as Malaysians spend more on its products.

The above is just a small sample of what’s possible when you pick the right companies to back and how this select few stocks can benefit you.

Get Smart: From a drip to a gusher of dividends

My co-founder, David Kuo, strongly believes that paying out a dividend requires the management team to be disciplined in how the company spends its profits, and how investors are rewarded.

But picking stocks alone is not enough.

You need to put the stocks together into a coherent, money-producing portfolio for them to make a difference in your life.

Companies with the potential to grow their dividends occupy the aptly-named growth segment of David’s portfolio. These are for stocks that do the heavy-lifting of increasing their payouts over time, all while you go about your daily life.

If you are interested to learn more, David has been building portfolios for decades.

For 5 days only, we are opening up seats to our exclusive service, David Kuo’s Income Portfolio. Go on a behind-the-scenes journey with Smart Investor Co-Founder David Kuo, as he builds a brand new income portfolio investing in the next big thing! It’s by invitation only, so do register your interest here!